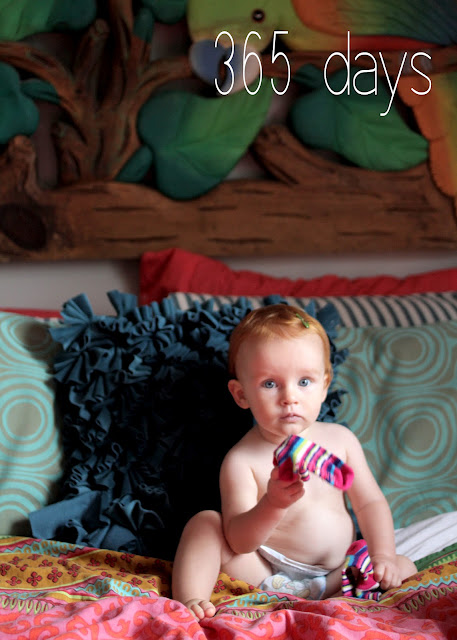 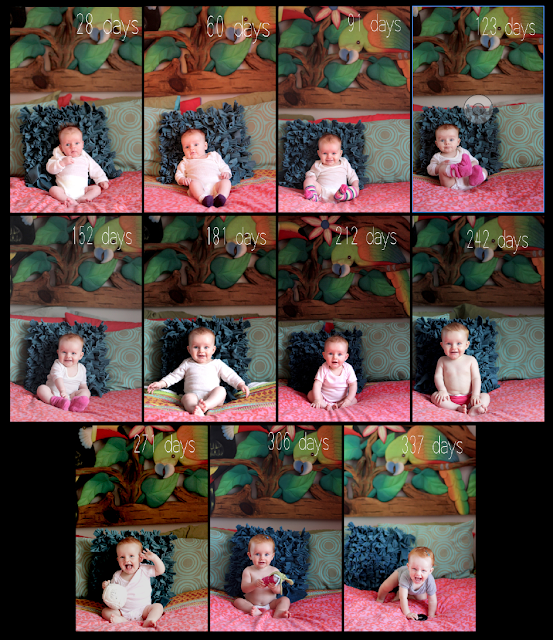 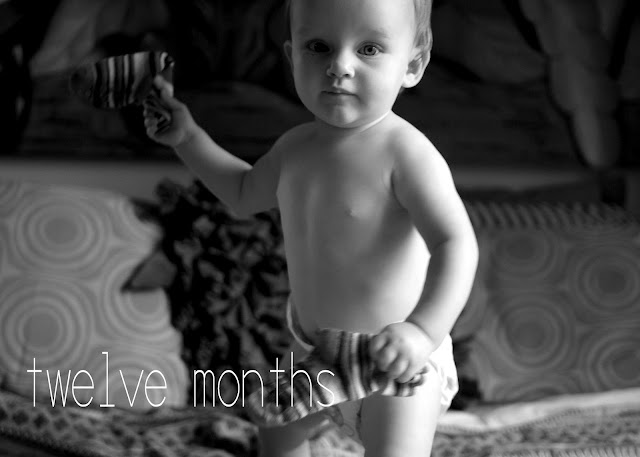 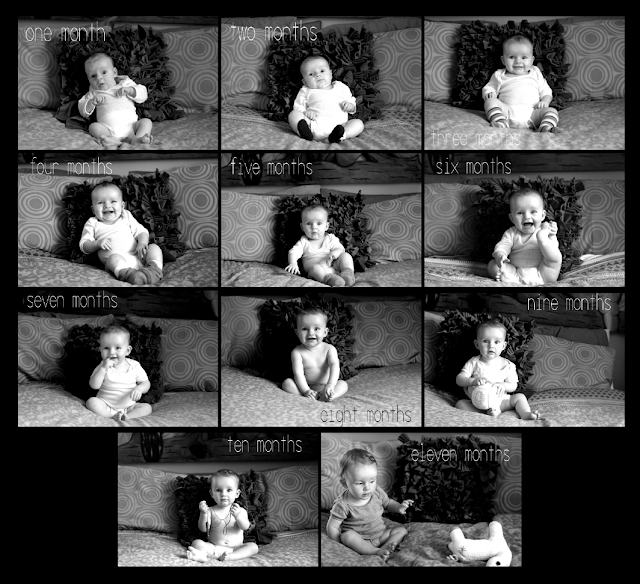 I should be in bed but I started thinking about what I was doing this time last year and couldn't sleep so thought I might as well do the 12 month blog. It's raining tonight just like it was a year ago and the memories feel all too real. My birth with Lars was very positive and more relieving than anything -just to have it under my belt. My birth with Roxcy was empowering. I felt that real rush of adrenaline and felt completely high on endorphines afterwards. In my head, I have gone back to that space when I've needed a little pick-me-up or reminder that I can, indeed, do hard things. I was also stunned at the bond I felt with Roxcy immediately. Again, not that I didn't with Lars but I think it might be some kind of powerful female vibe. Never thought of that but, for me and my girl,  it's real.

So, yes she is truly the coolest. She is full on walking these days. It's the cutest because she is a dainty thing but she gets in there and climbs and tumbles and wrestles. She says, "uh oh" but only in the right context. I try to get her to say it just for fun because it's cute but she won't. She gives kisses, those open mouth, drooly kind. She is a babbler. She waves. She giggles. She claps. She's got four teeth. She likes to mimic sounds and wiggle her tongue. She sort of squat dances when music is on. She loves to climb stairs. She has a feisty little grunt when she is angry. She tries to squeeze around the baby gates to get in. She likes anything she can pick up and eat herself--independent, my child?  She especially likes avacado, sharp cheddar, grapes,  oatmeal, all berries, and yogurt. She likes picking things up (like socks off the drying rack) and walking around with them. The other day she dragged around a backpack ALL morning. She loves seeing her brother and they just laugh and giggle like they haven't seen each other in years (not hours). She seems very determined to me and also cuddly, curious, and just so dang cute.

And just for fun I pulled out Lars' pillow to grab a shot of him since this summer felt crazy busy and I didn't get one at his birthday and it has only taken me 3 months to get it. I TOTALLY wish I hadn't stopped doing it this year and think I might pick it back up even if just every other month or so. It's just fun and for everything I don't do, I feel like this is something that they will really like looking back on and so will we. I already do! 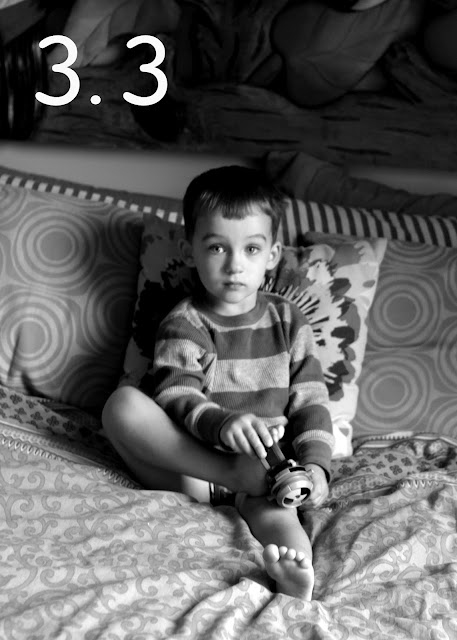 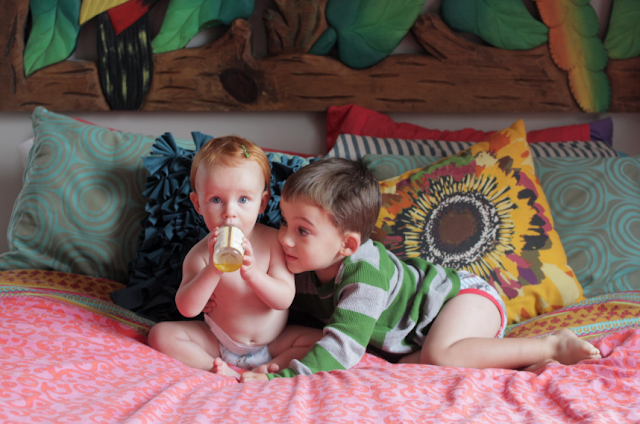 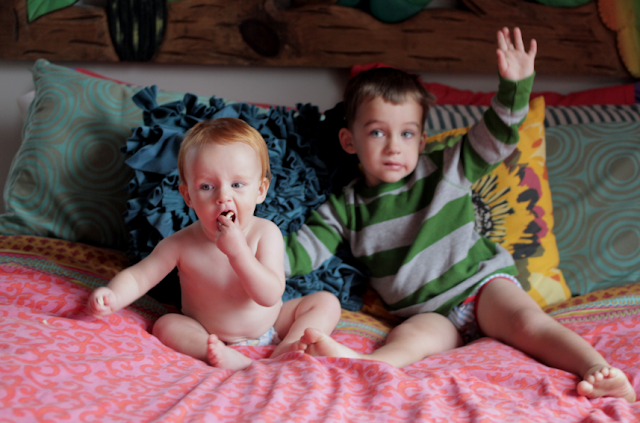 and because this post isn't long enough, here is a little side by side comparison of the wee folk. 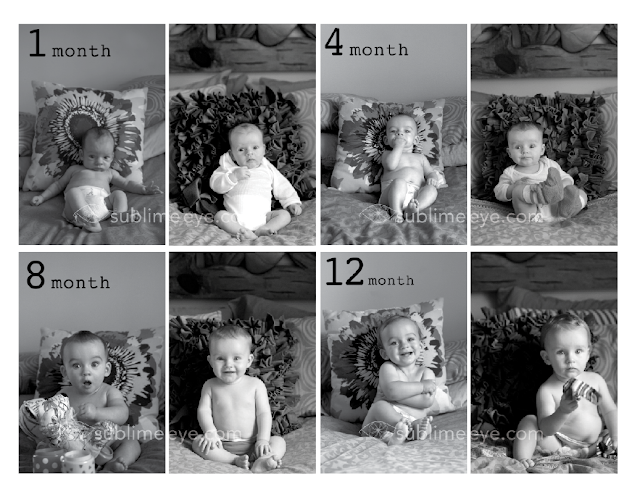 and that is enough for now. 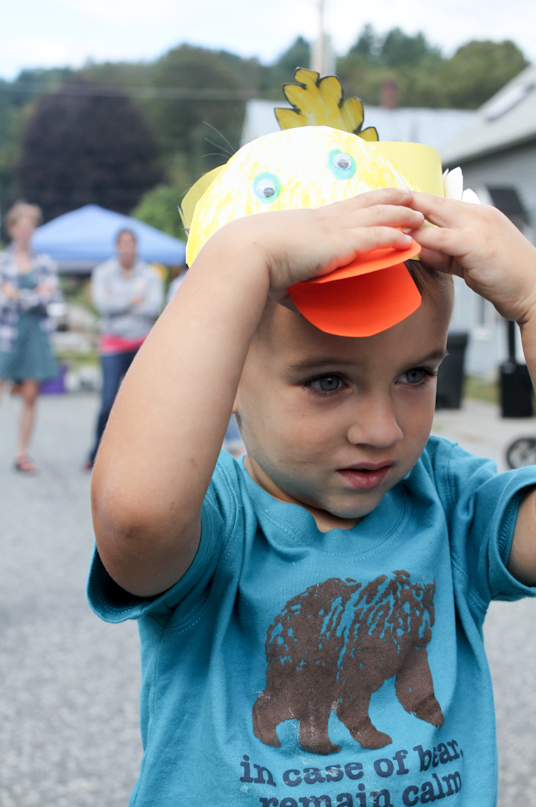 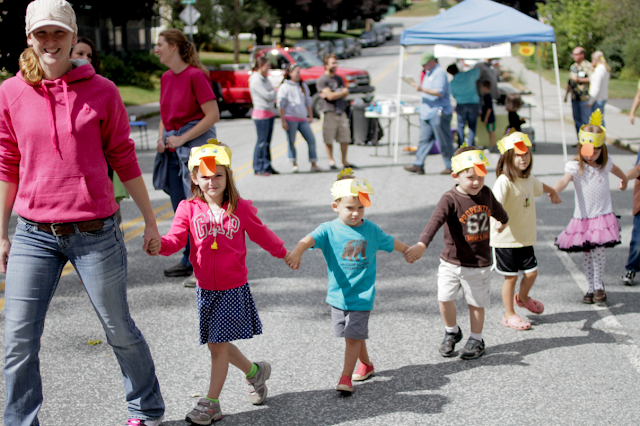 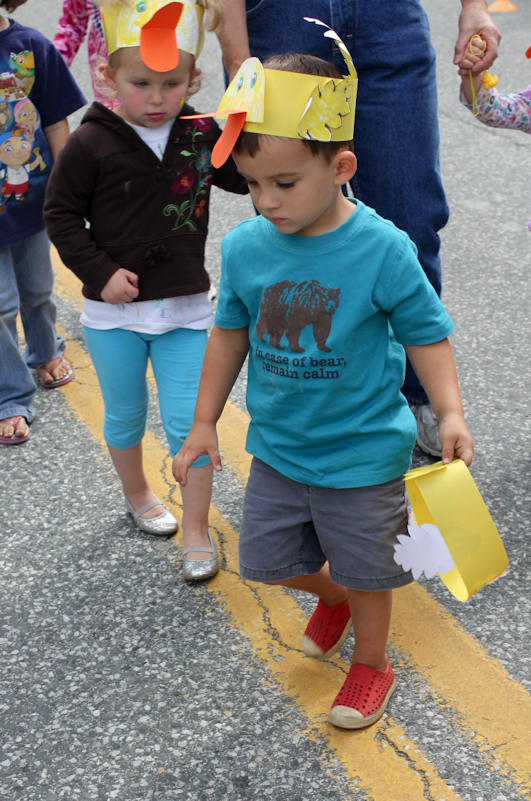 This morning Lars' pre-school held a duck race as a fundraiser for their school. His class did a little duck dance. It was fun seeing him with his class and watching him do his thing
(and pick his nose). 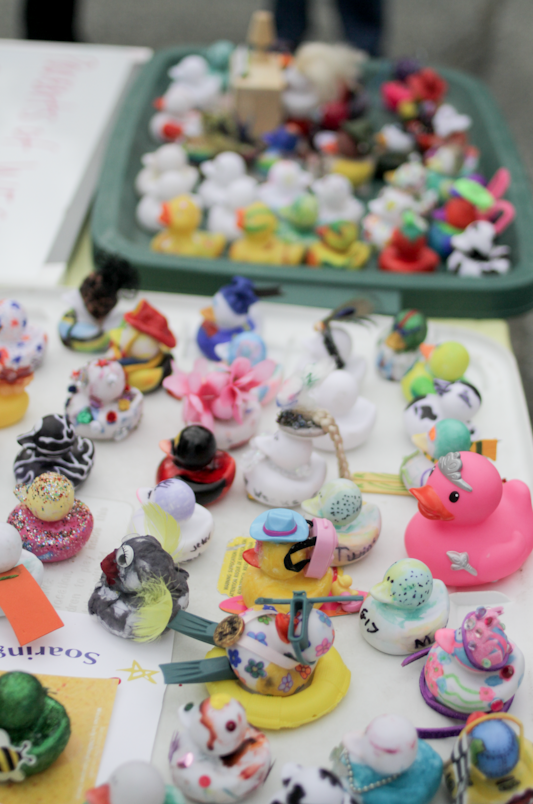 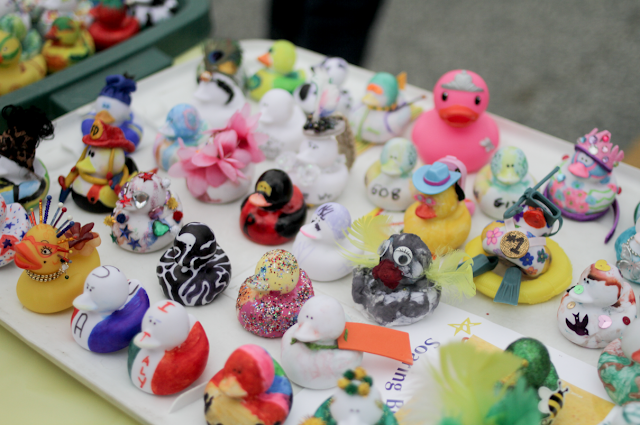 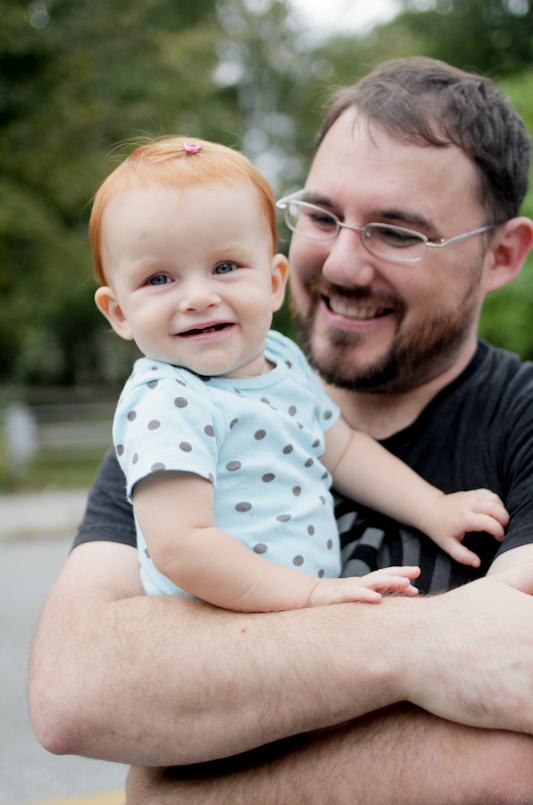 Posted by Chris No comments: 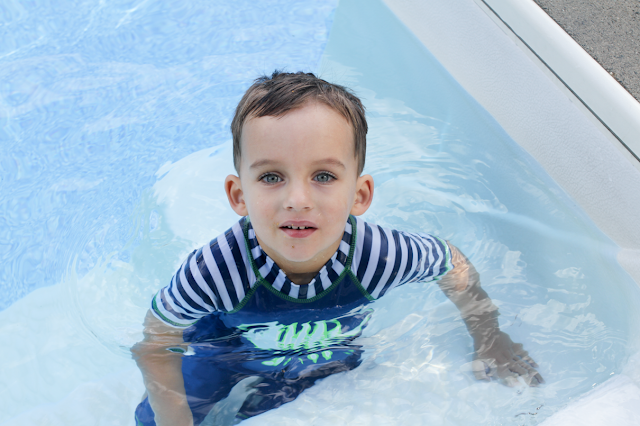 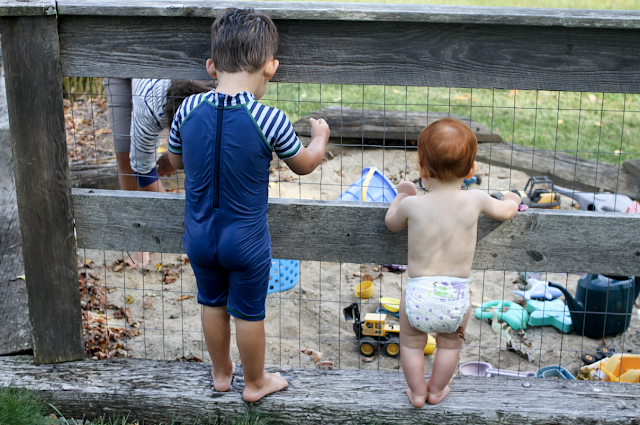 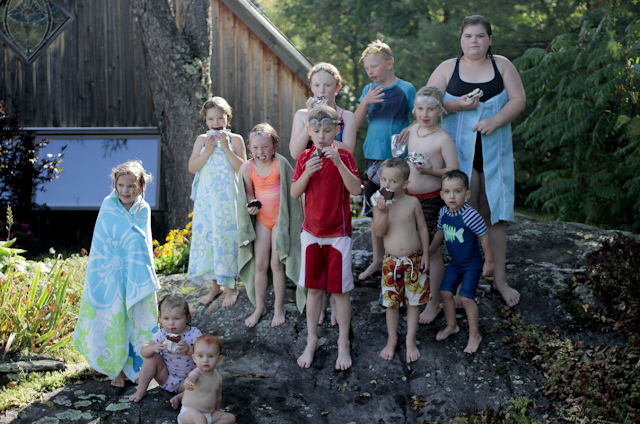 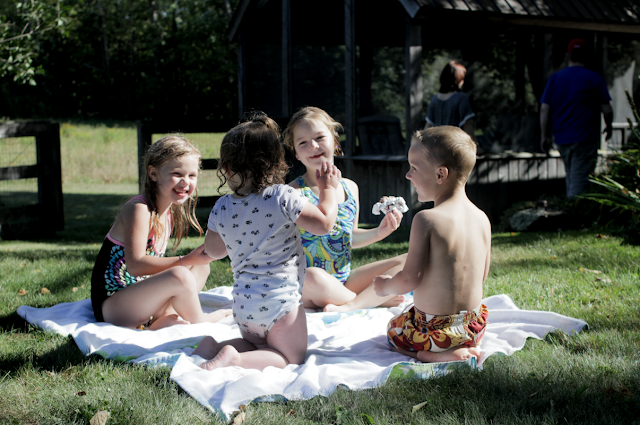 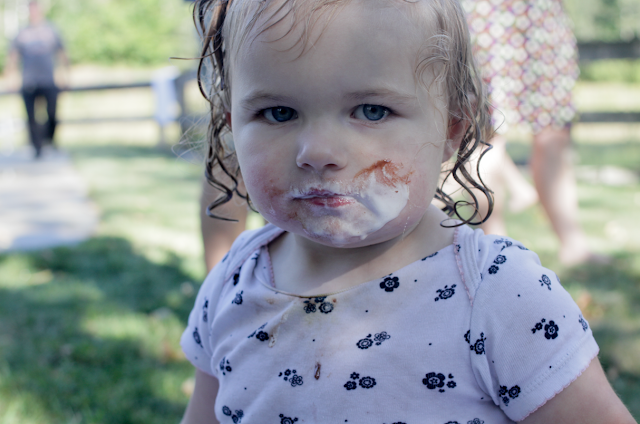 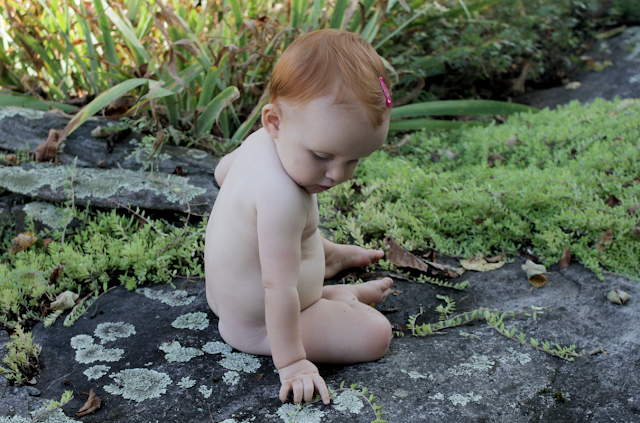 Sad to say...but Summer is over. Here are a couple shots from our last pool party out at the Lyalls on Labor Day Weekend. It was an excellent pool summer and we got some major use of their lovely pool. There can never be enough thank you's for having access to this perfectly hidden, solar heated, gem of a pool. I miss you already. 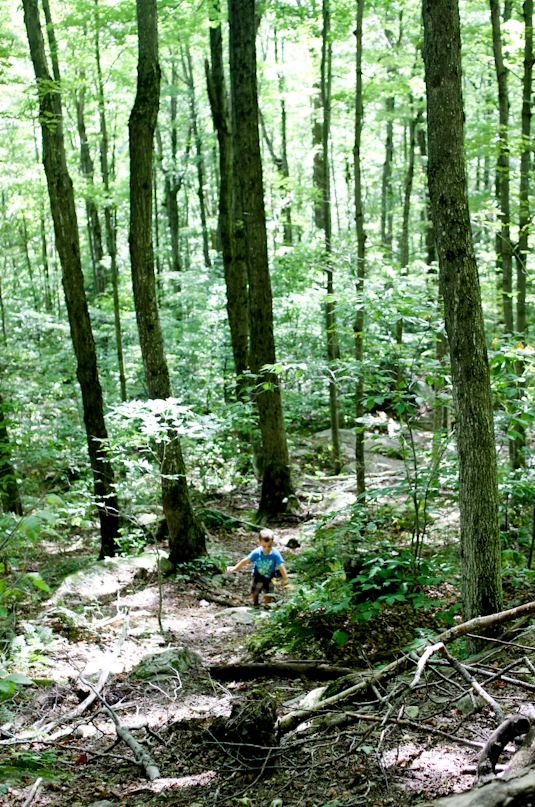 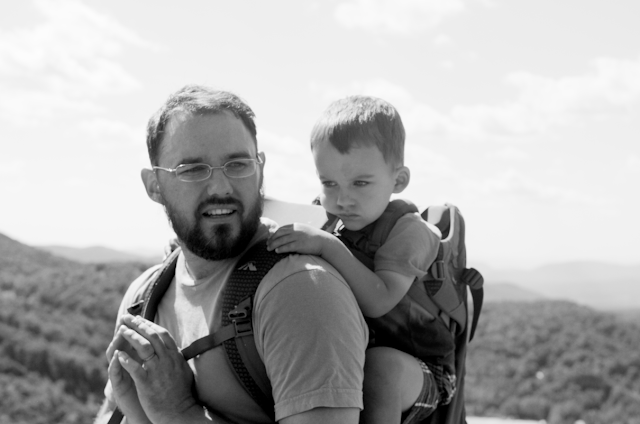 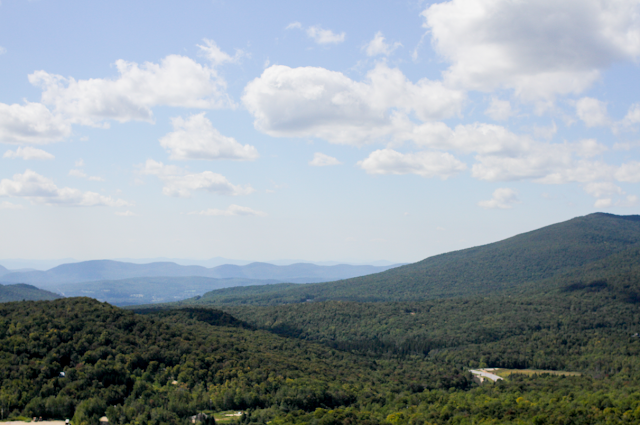 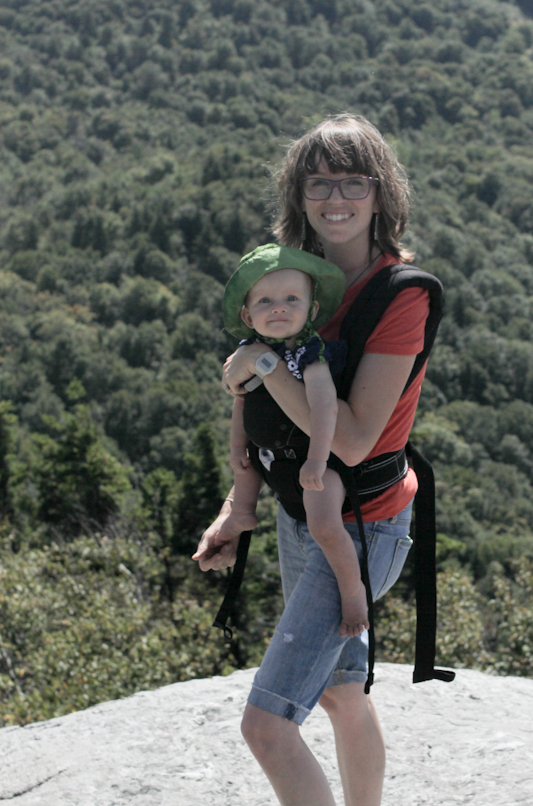 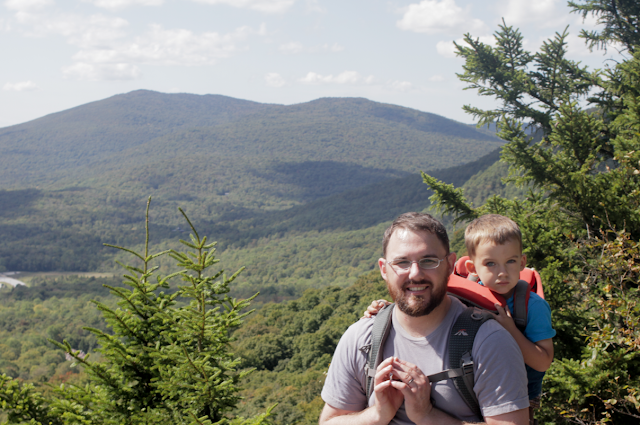 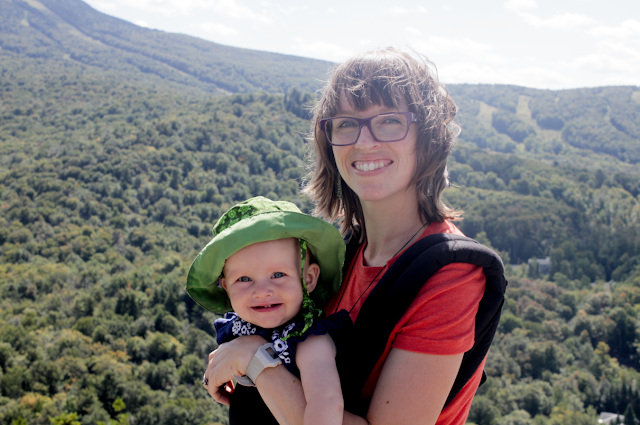 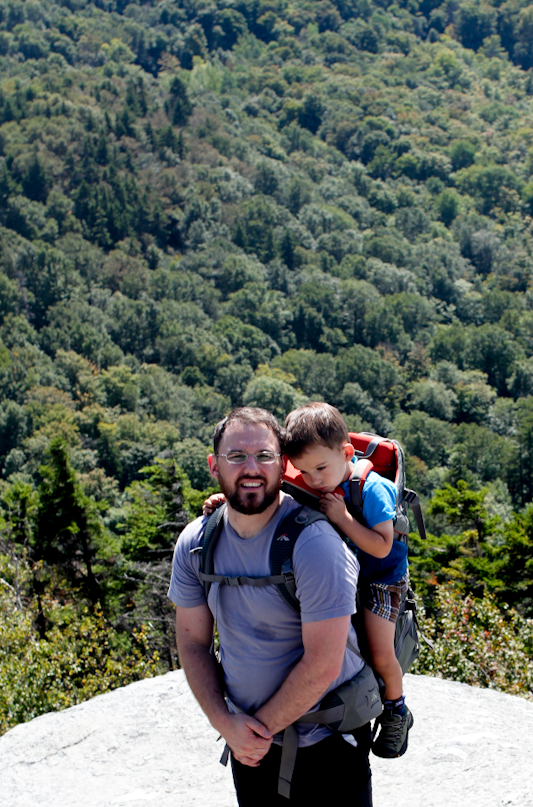 On Labor Day (we took the day off for real) and headed out to a little hike I used to do growing up here. It's called Deer's Leap and looks over the valleys to Rutland. It's just a few miles long but was just enough to get the kids grumpy with us. He was seriously dragging (well refusing) to go any further on the way up after about 15 minutes so we swapped him into the back pack and forged ahead so we could make it to the look out. He enjoyed jumping over each of the ten thousand rocks on the way down though. Not sure where he got the air fist thing but he did it after each jump as you can see in the little video. It was a gorgeous, clear Vermont summer's day and I write this as I wear a wool top in slippers. Crazy how fast the weather changes.